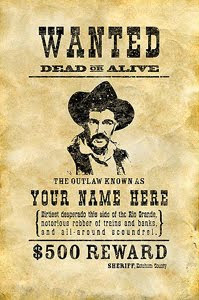 Dreamers wanted but not all dreamers are wanted.

There have been times in history that dreamers were wanted men. They were wanted because their ideas, hope and beliefs were counter cultural, revolutionary. Men like Joseph and dr king suffered great losses from their dreams. Today more than ever men and women need to dream; big, elaborate and often.

Some have misunderstood dreams. Some dismiss them as passive nocturnal entertainment. Freud treated dreams as "the royal road to the unconscious," a thesis that served his general conviction that consciousness, the reasoned control of life, constitutes only the surface part of the energies that propel or immobilize persons. Some dreams require sleep, some require imagination but both require fuel, hard work and tenacity.

Before I invite you to a dreamers symposium, please be inspired by some innovative pioneers; dreamers that changed the landscape of everything we know.

Joseph from the Bible
The Bible says that, “Joseph dreamed a dream”. Too bad his dream got his dream got him beat, almost left for dead and ultimately sold into slavery. The story turns out good, actually, really good but it just goes to show 1, share your dreams cautiously and 2, when you share them find a friendly audience, especially if the dream could result in the unwanted involvement of others.

Dr Martin Luther King Jr
The only one on this list to have a dream that did not require sleep. His dream is also one that everyone who reads this needs to re-dream themselves. A dream of equality, freedom and justice. A dream that took many waking hours to partially come true.

Here is the invite...

Now the invitation - The December 6, "UnConference"

Click here for more info and registration info - cost is totally free. Were NOT selling anything, promoting anything or attempting to DO anything unless its a GOD THING.


December 6th and 7th DFW area youth pastors and workers want to invite you to join us for a day of prayer and dreaming.

There will be no advertising, marketing, or pitches. Our purpose for gathering is straightforward: We want to come together to pray for the youth in our communities and dream about how God might use us to help them know Him more deeply.

And now for some more dreamers...

Albert Einstein
Einstein had a teenage dream (long before Katy Perry). He dreamed that he was sledding down a steep hill at night, his sled traveled faster and faster, until it approached the speed of light. At that speed, the stars and night sky were transformed into a dazzling spectrum of colors.
Einstein once told a journalist, "that my entire scientific career has been a meditation on that dream."

Robert Louis Stevenson
The novelist Robert Louis Stevenson (1850-1894) described dreams as occurring in "that small theater of the brain which we keep brightly lighted all night long." Dr Jeckle and Mr Hyde and Treasure Island are some of his most famous works.
From an early age, his dreams were so vivid and moving that they were more entertaining to him personally than any literature. He learned early in his life that he could dream complete stories and that he could even go back to the same dreams on succeeding nights to give them a different ending. Later he trained himself to remember his dreams and to dream plots for his books.

Carl Jung
Jung wrote of his early dream journals, " All my works, all my creative activity, has come from those initial dreams which began in 1912, almost fifty years ago. Everything that I accomplished in later life was already contained in them, although at first only in the form of emotions and images. "

President Abraham Lincoln
Lincoln dreamed about his assassination.
" About ten days ago, I retired very late. I had been up waiting for important dispatches from the front. I could not have been long in bed when I fell into a slumber, for I was weary. I soon began to dream. There seemed to be death-like stillness about me. Then I heard subdued sobs, as if a number of people were weeping. I thought I left my bed and wandered downstairs. There the silence that was broken by the same pitiful sobbing, but the mourners were invisible. I went from room to room; no living person was in sight, but the same mournful sounds of distress met me as I passed along. It was light in all the rooms; every object was familiar to me; but where were all the people who were grieving as if their hearts would break? I was puzzled and alarmed. What could be the meaning of all this? Determined to find the cause of a state of things so mysterious and so shocking, I kept on until I arrived at the East Room, which I entered there I met with a sickening surprise. Before me was a catafalque, on which rested a corpse wrapped in funeral vestments. Around it were stationed soldiers who were acting as guards; and there was a throng of people, some gazing mournfully upon the corpse, whose face was covered, others weeping pitifully. "Who is dead in the White House?" I demanded of one of the soldiers " The President " was his answer; " he was killed by an assassin! Then came a loud burst of grief from the crowd, which awoke me from my dream. "

General George Patton
General George Patton, when at the battlefield on Langres France, said to his driver that he already knew the place. He told his driver where to go and said it was as if someone were whispering directions in his ear. He correctly went to the Ancient Roman Amphitheater, The Drill Grounds, The Forum and even correctly went to the spot where Caesar had pitched his tent. "You see, I've been here before " He had been there in his dream.

Jack Nicklaus
Nicklaus credits a dream for finding a new way to hold his golf club.
"Wednesday night I had a dream and it was about my golf swing. I was hitting them pretty good in the dream and all at once I realized I wasn't holding the club the way I've actually been holding it lately. I've been having trouble collapsing my right arm taking the club head away from the ball, but I was doing it perfectly in my sleep. So when I came to the course yesterday morning I tried it the way I did in my dream and it worked. I shot a sixty-eight yesterday and a sixty-five today."
Posted by Rawdbee at 3:46 PM