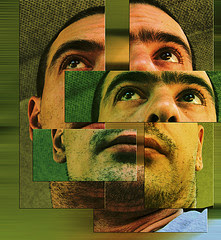 The following is a excert from some studies i've been doing on personality. Read it through, if this interests you, email me and i can send you a personality test.

Scientists and neophytes alike for decades have debated the most dominant effect on behavioral traits learned by adolescents. The big divide: nature versus nurture. In other words, are personality and intelligence predominantly passed down through genes or are they grown with the fostering of environment; parents and family?

A group of researchers, in the mid 1970’s, led by the University of Colorado’s, Dr. Robert Plomin, one of the world’s leading geneticist, provided one of the biggest studies on this topic. They followed 245 pregnant women who were giving up their children for adoption. Throughout their childhood, they gave the children intelligence and personality tests at regular intervals. They also tested both biological and adopted parents. The test was also give to 245 parents and their biological children for comparison purposes. The results were on one hand, expected and on the other surprising.

The comparison children who lived with their biological parents were very similar in personality and intelligence to their birth parents, not much of a surprise. The adopted children were not at all similar to their adopted parents. This is not to say nurture counts very little in raising children, but it has opened the door for more study into the impact of environment on adolescence. Another way of looking at that is how different siblings, raised by the same biological parents turn out so different.

There are many personality and psychological test one can take, most of them really complicated and good, but when it is all said and done, a simple test where one can understand, remember and identify with the results is sufficient.

The Ancient Greek Doctor, Hypocrites (460-370 BC), was the first to give us the four major personality types: Sanguine, Choleric, Melancholy and Phlegmatic. Many doctors, philosophers, psychologists and laymen have contributed to the development and propagation of this look at personalities.

Sparky Sanguine is warm, buoyant, lively and enjoying. He has an unusual capacity to enjoy himself and usually passes on his hearty nature. Mr. Sanguine never lacks friends. He enjoys people, does not like solitude, but is at his best surrounded by friends where he is the life of the party. Sparky is never at a loss for words. He often speaks before thinking. His noisy, blustering, friendly ways make him appear more confident than he really is, but energy and his lovable disposition get him by the rough spots in life.

Rocky Choleric possesses a hot, quick, active, practical, and strong willed temperament. Rocky thrives on activity. In fact, to him, "life is activity." Mr. Choleric is not frightened by adversities; in fact, they tend to encourage him. He is quick to recognize opportunities and equally as quick at diagnosing the best way to make use of them. Rocky's attitude of self-sufficiency and strong-will makes him abrasive and difficult to adapt new life changing ideas in adulthood. They make good supervisors, generals, builders, crusaders, politicians, or organizers... but are not usually able to do precise detail work.

Maestro Melancholy is often referred to as the "dark" temperament. By nature he is prone to be an introvert, but since his feelings predominate, he is given over to a variety of moods. Mr. Melancholy is a very faithful friend, but unlike the Sanguine, he does not make friends easily. Maestro has exceptional analytical ability that causes him to diagnose accurately the obstacles and dangers of any project he had a part of planning.
He usually finds his greatest meaning in life through personal sacrifice. Many of the world's great geniuses, artists, musicians, inventors, philosophers, educators, and theoreticians, were of the melancholy temperament.

Flip Phlegmatic is so calm and easy going that he never seems to get ruffled, no matter what the circumstances. Mr. Phlegmatic does not lack for friends he enjoys people and has a natural dry sense of humor. Because he tends to be a spectator in life and tries not to get too involved with activities of others. The world has greatly benefited by the gracious nature of the efficient Phlegmatic. He makes a good diplomat, accountant, teacher, leader, scientist, comedian, editor, or other meticulous type worker. When motivated, they make very capable leaders.

If you would like a personality test using the above personality types email me at rawdbee@hotmail.com.
Posted by Rawdbee at 8:27 PM