people tick me off. 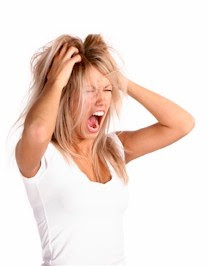 People tick me off.

Lots of people really make me mad but the ones that tick me off the most are the obvious ones. How about the slow driver in the old buick that you know is going to pull into your lane and make you late for a meeting with the boss? There are four other lanes with no one in them, but they pick yours and why? Or the co-worker that you know is going to sabbatage your project because they have a different spin on the situation. It doesn't help them, but it hurts you so why? But lets be even more personal and talk about family and close friends who are generally good people but sometimes they react instinctivly to tick you off. And guess what? You know they are doing just to spite you, and again I ask - WHY?

If people would let me change them for their own good i certianly would. BTW, i'd really be good at it if they listened and obeyed. Then the entire universe would be a better place. But in the end i think it would mostly be in my best interest and my universe might be a better place.

Then it hit me.

I can't change them, I can only change me. Victor Frankl said, “When we are no longer able to change a situation - we are challenged to change ourselves.”

Oops.
That's too bad, I can change others better than I can change me.
Changing others is easier than changing me.
Everyone else has problems except me.

Ok, let me start things over; rewind. Now I begin again. And with this beginning I also end.