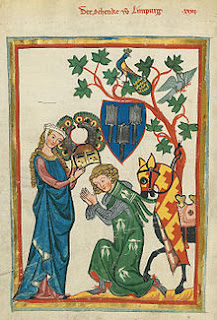 Thats the exact price. How do i know?  Read on. But i do have to say everyones price is different.

I thought id pay a high price for chilvery but it turns out it wasnt a high dollar amount.  The more expensive price for me was not paying the dollar amount earlier.

The door lock on the passengers side of my vehicle broke and that was the beginning of my chilvary challenges. All of a sudden i was unable to open the door for my wife and daughter.  No big I thought, that part is probably expensive and the Jones family can live without it; my girls are independent AND...we have a keyless remote; I click, they enter.

Things were fine, we were living by the rules of the remote and I tried to tell myself it was all good because the money I saved was offset by a small inconvenience.


But then, it got worse.


The keyless remote stopped working on the passengers side too.  Now, the only way to open the locked passenger door was to enter the drivers side and reach over to open the passengers side from the inside (when did they stop putting key locks on the passenger side).  Still, i couple of seconds was all that it took and I was still saving money.  But deep inside I knew I was vicariously teaching my daughter bad chivalry (and probably how to be a cheapskate instead of frugal....but thats another story).  Even in the rain this problem was overcome by a 5 second delay, I go first, passengers later, no prob.

We went out to eat with several couples.  After the meal, we all in the parking lot after a late departure and several couples were parked near us.  Since we dinned late, the parking lot was virtually empty.  Everyone went to their cars, and in my heart of hearts I heard a collision; it was my cheap-ness running smack into the middle of my chivalry (and probably pride). Ya, deep in my heart I knew this accident was inevitable, I knew I was not being frugal but cheap but more so lazy (who wants to take the care to the repair shop). The crash occured and I thought everyone would see and hear it.  So (I thought) Everyone was looking at us...to see if I was going to let my wife in first and be chivalrous man or be that "fend for yourself, because your are strong and its 2012, I dont treat women like princesses guy".  So I did the only thing I could do....I walked my wife to the passenger side of the car, grabbed her and kissed her like I meant it..  Yep, I covered by chivalry sins with faux flirtation.

Time for a fix.  Time to come clean.  Time to fess up and drop the cash and do what is really right.  No more bad modeling or fake justification or excuses to keep away from the repair shop.  Time to man up and fix this problem.

I still dont know why I finally fixed the door for them or me...probably the principle.

I dropped the cash; best 300 bucks I spent in a while.  It felt good.  Good to do what is right.  Good to open the door for my girls.  Good to feel like a (chivalrous) man.  Good to model for my family.  But mostly good to show my daughter that only good and Godly men open doors for ladies and treat them like princesses.