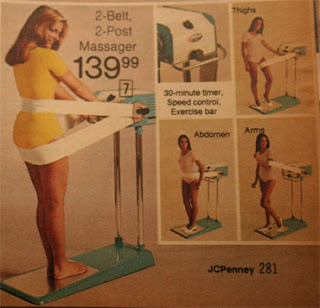 The early bird gets the worm – good for them but if that expression is supposed to inspire me to be an early adopter; it’s not working.

I do get excited about the champion visionaries that begin a noble project with no support, little fact but lots of passion and determination. I’m inspired by the brief tales of Columbus who “knew” the world was round or Roger Banister who believed that man could break the 4 minute mile barrier (and did) or even John Wycliffe (one of the earliest opponents of papal authority and translator of Latin scripture to English) who had a vision that every person could read the Bible in their own language. This makes me want to eat a worm or, more germane to the point, be more passion about something that I believe in even though it may not be a popular or proven “fact”.

Today I am inspired again by a name I didn’t know but who’s work everyone is familiar with, Robert G. Edwards. Everyone will recognize his work from his headline, ‘ ‘The Nobel Prize in Physiology or Medicine 2010 was awarded to Robert G. Edwards "for the development of in vitro fertilization".’ http://bit.ly/dogCnZ

Edwards began his work on in vitro in the late 50’s and early 60’s. In 1977 with help from Patrick Steptoe, Edwards successfully carried out a pioneering conception which resulted in the birth of the world's first baby to be conceived by IVF, Louise Brown on 25 July 1978, in Oldham General Hospital, Greater Manchester, UK. Almost everyone has heard of in vetro (in the glass) fertilization. In the US, ART cycles started in 2006 resulted in 41,343 births (54,656 infants), which is slightly more than 1% of total US births. That means there are a lot of happy parents and “test tube babies” out there because of Edwards tenacious belief and tireless work. Some additional accomplishments include: In 2007, Edwards was ranked 26th in The Daily Telegraph's list of 100 greatest living geniuses and of course the announcement of his Noble Prize today, October 4, 2010.

There is a lot of time between the late 50”s and 2010; it made me think about tipping points and early adopting of ideas. The graphic above shows the route from nothing to something. I’ve used this graph to illustrate the life of a great idea, program, leadership initiative or just something to consider for future planning on how to plan. You can see this in play around us in companies like Apple (think adoption of iPhone), Presidential campaigns (yes we can) and even the current “overnight success” rock band, video game or social media (where you using Twitter six months, a year or two years ago?). Everett Rogers is usually linked with the genesis of early adopter thought.


So how does this relate to youth work, churches, non profits or families? Here are a couple of my own take aways.
1. Stack the deck – you need innovators before you can reach your early adopters. Use your leadership for early and much needed buy in.
2. Focus. Remember the light that shines the farthest shines the brightest at home. Go after strategic small groups in your sphere of influence before you start going after the masses who don’t know you or are not ready to be influenced by you just yet. Think sniper riffle not shotgun. Think laser beam not florescent light.
3. Pace yourself. Big ideas and big programs usually take more time to get out so realize that this is a process. Know on the front side you are running a marathon, not a sprint. The race belongs to the steady.
4. About half of the people are going to be late adopters at best. More than likely, they will be detractors. The good news is that you will only have between 16 and 50 of the people who will not embrace this. These are actually good odds. And there is a high likelihood that lots of late adapters will eventually come your way. See number 2.
5. Accept the fact that some will never see your way. I believe people still use typewriters, 8 track players and those things that jiggle your butt from the 1950’s that were supposed to make you lose weight.
Posted by Rawdbee at 2:04 PM