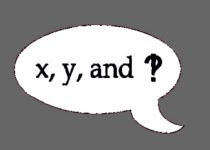 Ok, so, i'm a bit of a nerd. I like star trek and star wars (and the vast differences between their universes) and LOTR and, and.... But i'm also a word-nerd; i like words, word-smithing, and parts of speech. Up until yesterday, my favorite parts of speech were onomatopoeia, hyperbole and alteration. Now i have a new fav...paraprosdokia! yep, i also just figured out Jack Handy - take that SNL!

Why is this useful? Glad you asked. Especially in public speaking one wants listeners to remember the wisdom imparted. These are a few ways to help. They assist with not only remembering but can add spice and pizazz (just like colorful adjectives) to messages as well.

Lets review
onomatopoeia - a word that makes its own sound like buzz or burp
hyperbole - over exaggeration used to make a statement and not to be taken literally, like instead of saying i'm hungry one would say i'm starving to death.
alliteration - using a repeating sound in words (it can be but is not limited to the first letter) for example: Greta Gruber grabbed a group of green grapes. or some mammals are clammy.

A paraprosdokian is a figure of speech in which the latter part of a sentence or phrase is surprising or unexpected in a way that causes the reader or listener to re-frame or re-interpret the first part. It is frequently used for humorous or dramatic effect. For this reason, it is extremely popular among comedians and satirists.

Examples.
1. I asked God for a bike, but I know God doesn't work that way. So I stole a bike and asked for forgiveness.

2. Do not argue with an idiot. He will drag you down to his level and beat you with experience.

3. I want to die peacefully in my sleep, like my grandfather, not screaming and yelling like the passengers in his car.

4. Going to church doesn't make you a Christian any more than standing in a garage makes you a car.