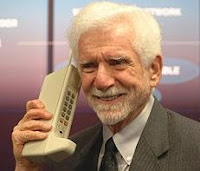 What are you good at and what is your life purpose? Sometimes it is referred to as a “calling”. When I was growing up a common tongue in cheek phrase was used when someone did something very odd, very good. Usually an adult to a kid, after he jumped a car on his skateboard or something equally death deifying, “maybe you missed your calling”.

A calling could also mean, your purpose in life. I mean we are all put here for way more than just to turn oxygen into carbon dioxide and then become worm food, we were made to live. One way to live life to the fullest is by finding who you are, doing what you are good at, having a great time doing it and changing the world while you are at it. Talk about your win, win.

First a funny story, then a quiz; both for the purpose of discovering your calling.

A group of animals got together in the forest one day and decided to start a school. There was a rabbit, a bird, a squirrel, a fish, and an eel. They formed a board of education and tried to create a curriculum.

The rabbit insisted that burrowing in the ground be in the curriculum. The fish insisted on swimming. The squirrel insisted that perpendicular tree climbing be included, and the bird wanted flying.

They put all these courses together and wrote a curriculum guide. Then they insisted that all of the animals take all of the subjects.

The bird was really beautiful at flying, but when it came to burrowing in the ground, he couldn’t do it so well. He kept breaking his beak and wings. Pretty soon he was making a C in flying as well as an F in burrowing. And he had a very bad time with perpendicular tree climbing.

The squirrel was terrific at perpendicular tree climbing, but was so afraid of the water that he failed swimming altogether.

The fish was easily the best in swimming class, but he wouldn’t get out of the water to come to any of the other classes.

The valedictorian of the class was a mentally retarded eel who did everything in a halfway fashion. But the teachers were happy because everybody was taking all the subjects in their broad-based educational curriculum.

1. Look up calling in the dictionary and write the definition below.

3. No look up at least 30 references in a concordance of the word calling.

4. Categorize the above words by context. For example, find a couple of common denominators and list each verse in that category.

5. List 10 verses that particularly speak to you. Also say why

7. How was Samuel called?

8. Why do you think Samuel was called?

9. Why do you think God calls some people in very intense ways and some not?

11. What is/are the most important thing(s) about a calling?

13. How personal or specific is it?

15. What is your next step to fulfilling this call?