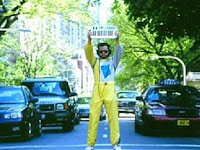 dissonance is something inharmonious or harsh that can signal discord or unrest.
it is usually the result of two things that are not normally together causing friction. it is usually not a good thing. but it can be.

freud used the term to describe a disconnect in values. musically it is an unfinished sound waiting for resolve.

musical dissonance is found when two notes are played either at the same time or
in sequence which cause an odd and unfinished sound. when dissonance occurs it leaves the listener an unsettled, conflicted or feeling anxious; closure or resolution is needed.

life, like in music can send us dissonance; a point of conflict can occur
causing an unsettled feeling. should the song cease playing or should the musicians play through to resolution?

some modern musicians skillfully use dissonance as a way to create new
expression. some musicians accidentally create it and rush to cover it before anyone
notices.

how dissonance is handled is key to its usefulness. there is a peace only found
on the other side of conflict. there exists a contentment found only after
uncomfortability. there is a creativity only found after dissonance.
Posted by Rawdbee at 6:01 PM