the art of rhetoric. 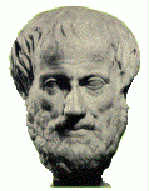 The Art of Rhetoric:
Learning How to Use the Three Main Rhetorical Styles
Rhetoric (n) - the art of speaking or writing effectively. (Webster's Definition)
According to Aristotle, rhetoric is "the ability, in each particular case, to see the available means of persuasion." He described three main forms of rhetoric: Ethos, Logos, and Pathos.

Aristotle is known as the father of rhetoric. He wes born in the 4th century BC in a Grecian seaport near Thrace. He was the son of a a physician to the king and raised in an affluent and educated family. Later he was mentored by Plato and spent most of his life teaching and lecturing.

Aristotle developed the three components below. I'm sure I have more than oversimplified them but it is a good overview and reminder to public speakers.

Ethos
Ethos is appeal based on the character of the speaker. An ethos-driven document relies on the reputation of the author. We get our English word ethics from this Greek counterpart.

Logos
Logos is appeal based on logic or reason. Documents distributed by companies or corporations are logos-driven. Scholarly documents are also often logos-driven. We get logo and logic from this word.

Pathos
Pathos is appeal based on emotion. Advertisements tend to be pathos-driven. We get the word empathy from this Greek word.

Lastly, in the words of JFK, "The only reason to make a speech is to change the world." I agree

Now, go out and not only change the world but make your speeches, talks, messages and sermons better.
Posted by Rawdbee at 10:47 AM