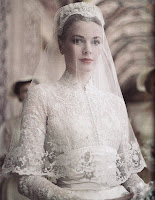 
A precursory google indicated grace was: a restaurant in Fort Worth , a Christian concept as noted by several dictionary sites, a Christian ministry, a chemical company (Grace being the name of the founder), a popular name for a church and then comes the rest of the internet.  End of day it is a Christian term and a name.  I think Bono has it right, "It's a name for a girl, It's also a thought that, Changed the world"

Words lose their meaning and this is certainly the case here. Having grown up in a Christian home, i have know the official nomenclature for my tribe.  The reason i chose to understand this word a little better is because i feel i give less grace to others than i should. Like most profound words there is an ethereal, probably Divine understanding of the word as well as an intertwined attempt at incarnation..

The concept existed before the New Testament but the Greek word charis was a concept was borrowed from Hebrew (chanun) which was a more complicated and abstract word for beauty then Divinised later to be married with the practical where it currently remains.  The picture i get is a young, innocent teenage female with proper attire, indescribable beauty and impeccable character; kinda like the unattainability of a 12 year old future queen with the practicality of the girl next door.

So i lack this virtue and now that i understand it more will endeavor to possess, model and give it more.
My actions to people will be more beautiful
I will lavish more upon others
I will look away from judgement and justice
I will be nice, be patient, look for the good in others and smile a lot more