The following started as a letter to NNYM Dallas and Collin County Network Leaders but quickly became a diatribe on the state of YW Networking as we know it, why it sucks and how we MUST work to make things better.  This is a letter to ALL Youth Workers. 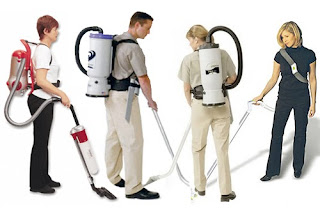 I’m writing to all Dallas and Collin County Network Leaders.
I used to think network groups were solid; set em up and let em go.  After  18 months of formally working with the National Network of Youth Ministry as the Metro Dallas Coordinator, overseeing Dallas and Collin Counties, I can truly say, I couldn’t have been more wrong.  Youth Worker Networking groups are liquid and I’m trying to find ways to embrace that and find traction for our groups both for today and tomorrow.
Why are Youth Worker Networking groups so fragile?  I believe it has to do with the nature of “Professional Youth Ministry” and a misunderstanding of Youth Worker Networking.
High Turnover Rate in YW’s
No surprise here: every survey points to the fact that Youth Workers don’t stay in current positions very long.  I’ve tracked 40% turnover among our group, non-leader participants (those in leadership positions stay longer.  I’ve got some theories to explore later).  That means that a successfully launched group with 20 members that is vibrant and healthy will, in two years turn into a four top at the IHOP.
Misunderstanding about the Purpose of Youth Worker Networking
For a while I wanted to stop using the term “networking’ because it is nebulous and meant different things to as many people as had an opinion.  But then I sent a tweet, checked my facebook and realized that people see the value in “social” networking, although they probably didn’t agree on what it means but they realized it was valuable.  I guess even though there may be widespread (dis)agreement on what general networking is each person uses if for their own ends.  Nice!  So, what is the purpose of Youth Worker Networking or Networking groups?
No Value Place on Youth Worker Networking
Some see “off the grid” networking as NOTworking.  Too bad, they fall so short.  Others see it as a place to promote their cool youth group event.  You know , the, “Hey come to my event and bring your students because I want big numbers and really don’t care about anything else and my event will probably still suck because this is how I’m promoting it” guy.  Way off and getting colder.  Still others see it Youth Worker Networking as a monthly lunch meeting – getting warmer, barely.  Here is a concept: RELATIONSHIP IS THE RESOURCE!!  Read that last sentence out loud, memorize it and let is set you free.  Your are the resource!  The person across the table from you is the resource!  Everyone has something to give and something to get.
We Need to Think Forward
Thinking about Youth Work into the next decade two things stand out bigger than ever and we need to deal with them if formal Youth Work is to survive.  If we fail to deal with these two issues, the Youth Worker of today, as we know it, will become extinct.
1.        We need to redefine who the Youth Worker is.  Here is a hint; its not ONLY the guy who wears skinny jeans, goes to all the local High School games and has an office at the church that says “Youth Pastor”.  There is a place in our next decade paradigm for this “Youth Pastor Guy” but he is not the only horse in the race.  Everyone who works with teenagers is a Youth Worker; the high school coach, the ballet teacher, the Jr Optimist leader, the scout troop sergeant, the guitar teacher and the parent.  Everyone who works with teenagers is a Youth Worker and we need to think about how we can offer our services to recruit and train them.
2.       We need to define or assign value to relational networking.  I’m blown away about how Youth Workers overlook and dismiss this.  Last year, According to the U.S. Bureau of Labor Statistics, 70 percent of all jobs are found through networking. In 2009 1 in 6 people married met their mate through social networking/online dating.  Ludite, silo Youth Work is going the way of the dinosaur.  We need to not only find value but find ways to add more value and promote the value of the Youth Worker Network group.
So where do we go from here?
Think!  We have to change our thinking about who a Youth Worker is and find ways to connect with the new breed and find ways to mesh the new and old breeds.
Database!  We lose track of 40% of our people each year.  Sometimes we lose entire churches form moving or relocating or extinction.  Other times churches spring up and we don’t know about it.  Someone needs to 1, locate churches, 2, find out who the youth contact is and 3, give the info to a local network lead that can and will do something about it.  Churches are only one avenue of the new breed of Youth Worker, how can we identify and find new databases of the new breed?
Monetization!  There is influence in Youth Worker Networking but not necessarily finance.  We need to find creative ways of funding the groups and the people building and sustaining the groups.  Those creating the groups and the value are often the ones without a full time salary backing and the important task of building networks is left to those who can raise their own funds.  There has to be a way to turn influence into capital in a ministry setting.
PR!  What is the only reason to start a Youth Worker Networking group?  To change the world by starting  a movement to reach more students for Christ. Every movement needs a propaganda machine.  We need consistent, regular, quality info and PR.  Good communication and PR can bring effective talk points, assign value and grow the movement.
Unity!  We need to esteem each other, make time for each other and do life together.
I know there are more things needed and I guess this is the point where we harvest the power of the collective.  Please share your thoughts.
Posted by Rawdbee at 11:09 AM

I think you are on point with this blog. You have called out the problems that we have seen over and over that continue to perpetuate more problems. I think the redefinition of a Youth Worker is where to start...

What jumped off the page is the reminder of the liquidity of networking groups. I think this reality is true in ministries across the board when relationships are not tended to.

The question with "new" networking is what is the role of the church. I am not arguing that network youth pastors need to partner with the community (because they do!), but the end goal needs to remain that students meet Jesus, and connect to His bride, the church. In some networking paradigms I see the connecting to a local church body missing.
Great musings!